Penpulimab (AK105, PD-1 antibody) is a late-stage, differentiated and potentially best-in-class humanized monoclonal antibody against PD-1. Penplulimab was engineered to eliminate FC receptor binding activity, particularly with respect to Fc γ R, and effectively eliminates undesirable fragment crystallizable (Fc)-receptor-mediated effects, such elimination has been shown to improve the anti-tumor activity of PD-1 antibodies and slower antigen-binding off-rate as compared with the currently marketed PD-1 antibodies. Akeso is in partnership with Chia Tai Tianqing, the principal subsidiary of Sino Biopharm for the joint development and commercialization of Penpulimab, Penpulimab is the only PD-1 antibody that Sino Biopharm can use to develop PD-1-based monotherapy or combination therapy.

AK104 is a potential next-generation, first-in-class humanized IgG1 tetrameric bi-specific antibody drug candidate that is developed in house by Akeso,Inc., is designed to achieve preferential binding to tumor infiltrating lymphocytes rather than normal peripheral tissue lymphocytes. Based on Akeso’s proprietary “TETRABODY” technology, AK104 can simultaneously targets two immune checkpoint molecules: PD-1 and CTLA-4. AK104 is in a tetrameric form, which is designed to bind to PD-1 and CTLA-4 simultaneously and have so far displayed the efficacy of PD-1 and CTLA-4 combination blockade with lower toxicity. It is currently in Phase Ib/II and Phase II clinical trials in China and Australia for multiple indications.

AK101 injection is a novel antibody drug developed independently by the Company under the National Major Innovative Drug Projects. It is intended to  be  used for the treatment of  autoimmune diseases such  as  psoriasis, Crohn’s disease, ulcerative colitis and lupus. AK101 clinically treats autoimmune diseases  by blocking the biological activities of cytokines IL-12 and IL-23. Johnson & Johnson’s Ustekinumab (trade name: Stelara) which has the same drug targets has been approved by the FDA for the treatment of psoriasis, Crohn’s disease, and ulcerative colitis, and yielded US$6.4 billion in sales in 2019.

Ebronucimab (AK102) is potentially going to be the first domestically-developed PCSK9 drug candidate marketed to the significant cardiovascular patient population in China. Ebronucimab (AK102) is being developed for the treatment of acquired and inherited hyperlipidemias, including HoFH, HeFH, and hypercholesterolemias patients with atherosclerotic cardiovascular disease. When used in addition to or in the place of statin drugs, PCSK9 inhibitors (Amgen’s Repatha (evolocumab) and Sanofi/Regeneron’s Praluent (alirocumab)) have demonstrated efficacy in dramatically reducing cholesterol and decreasing the incidence of heart attack or stroke in  patients. Ebronucimab (AK102) has the same target as evolocumab and alirocumab. According to Frost & Sullivan, Repatha (evolocumab) and Praluent (alirocumab) collectively experienced a rapid increase in global sales from US$20 million in 2015, when they were launched, to US$858 million in 2018, representing a  CAGR  of 250.2%.Ebronucimab (AK102) has exhibited more robust results in pharmacodynamic and efficacy aspects compared to marketed PCSK9 antibody drug. 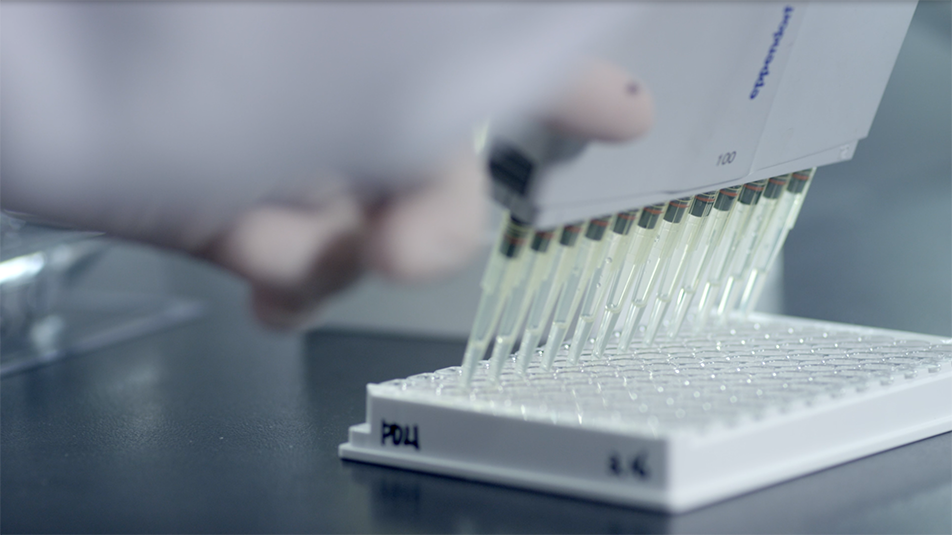 AK111 is a new monoclonal antibody, a new drug candidate developed in-house by the Company against the second-generation autoimmune disease target IL-17, and is designed to treat psoriasis, ankylosing spondylitis (AS) and axial spondylitis (axSpA). Cosentyx (secukinumab) (IL-17), for this target, was proven effective in 2019 with global sales of US$3.6 billion. Compared with other IL-17 antibodies available in the market, AK111 shows similar activity in antigen binding, cell assays and animal models 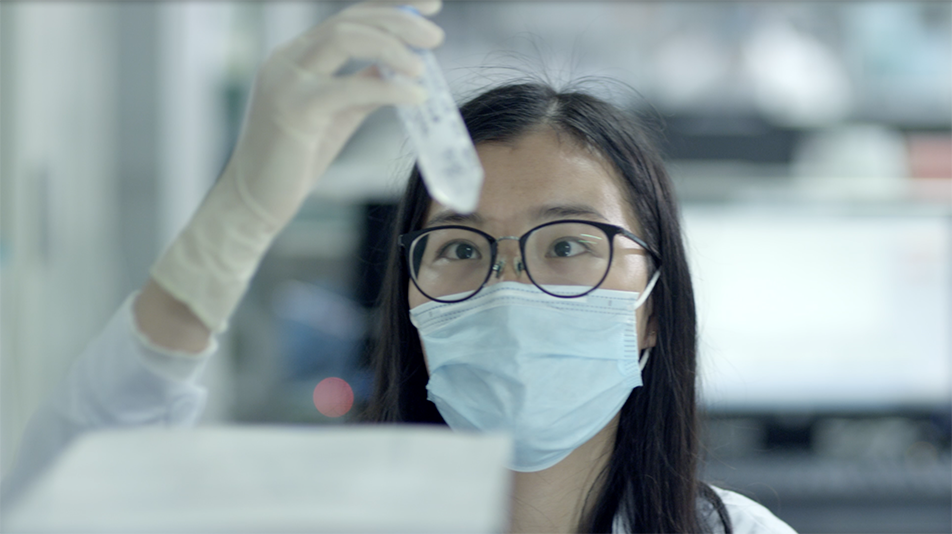 AK117 is a novel anti-CD47 monoclonal antibody independently developed by the Company. Elevated expression of CD47 has been observed in multiple tumor types, which could interact with SIRPα expressed on macrophages. CD47-SIRPα interaction releases a “don’t eat me” signal which prevents phagocytosis of tumor cells by macrophages. Drugs targeting CD47 as monotherapy or combination therapy have shown promising antitumor activities in hematological malignancies and solid tumors, which make CD47 a new hotspot target in  tumor immunotherapy. However, due  to  the  extensive expression of CD47 on red blood cells (RBCs), drugs targeting CD47 could induce phagocytosis of RBCs and hemagglutination, which may affect the safety and tolerability of anti-CD47 therapy. Due to AK117’s unique structure, pre-clinical data shows no induction of hemagglutination and reduced phagocytosis of RBCs while retaining its antitumor activity. Therefore, it holds the potential to become an anti-CD47 drug with better clinical benefits.

AK120 injection is a potential next-generation, first-in-class humanized IgG4 anti- IL-4Rα monoclonal antibody drug candidate that is developed in house by Akeso,Inc., AK120 is being developed as a therapeutic agent for the treatment of atopic dermatitis, athma and other allergic diseases. Results from non-clinical pharmacology studies and non-clinical toxicity studies reveal potent potent anti-inflammatory biological activities and favorable safety properties. AK120 clinically treats autoimmune diseases  by blocking the biological activities of cytokines IL-4 and IL-13. Sanofi’s Dupilumab (trade name: Dupixent) which has the same drug targets has been approved by the FDA for the treatment of atopic dermatitis, athma and chronic rhinosinusitis with nasal polyposis, and yielded EU € 2 billion in sales in 2019. 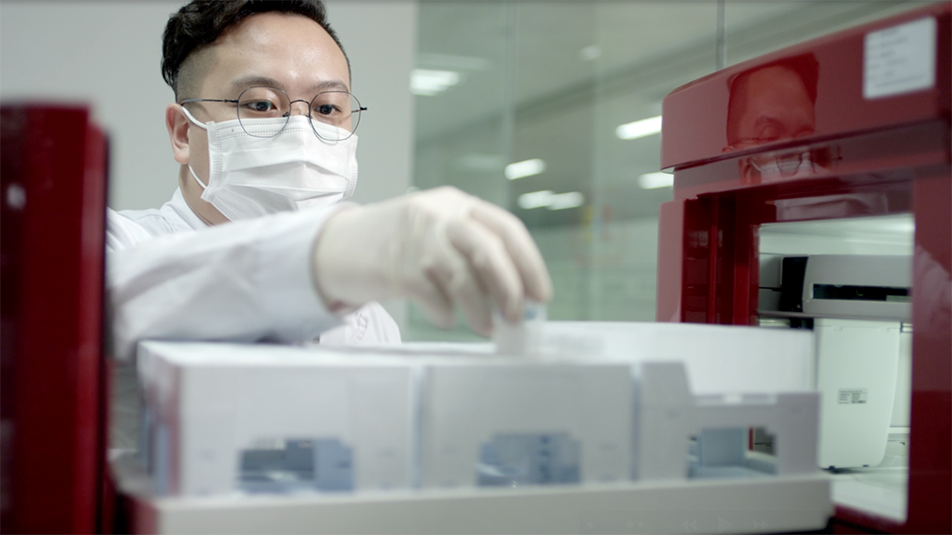 AK109 is a novel all-human monoclonal antibody against VEGFR-2 independently developed by Akeso,Inc (AK109). AK109 has no ADCC activity and can bind specifically to human VEGFR-2 protein with high affinity, effectively inhibit the proliferation of vascular endothelial cells induced by VEGF/VEGFR-2 binding, thus interfering with tumor angiogenesis and inhibiting the occurrence and development of tumors. In view of the synergistic antitumor effects of anti-angiogenesis therapy and immunosuppressive therapy, Akeso will actively explore the studies on the combination regimens of AK109 and other drugs from the company-owned pipeline in the near future.